While in Thailand a couple of weeks ago, I managed a couple of hours at Bang Poo where there were excellent photographic opportunities to get amongst large numbers of Brown-headed Gulls. It's just shy of an hour from Bangkok in decent traffic, and the Thais have turned feeding gulls into a much loved past time - so much so, there are stalls that line the pier that offer gull food that the locals then purchase and lob out for all the brunnicephalus.
So, what do Brown-headed Gulls look like overall? Marginally larger and sturdier, longer-legged and slightly heavier billed than Black-headed Gulls. Adults are obvious, first-winters not so much and also interesting to see some evidence of presumed second-winter birds. Loads of individual structural differences too. I managed to pick out a couple of first-winter Black-headed Gulls in amongst them, which were decent enough in flight but then blended in much more when on the deck. So here goes with the details - all photos taken on 23rd December 2012 at Bang Poo.

Adults
Piercing, pale irises and large white round mirrors to the two outer primaries - primary coverts and bases to the primaries crisp white, contrasting nicely with mid grey on the rest of the upperwing. Quite handsome really, at least when they're not something you see everyday. 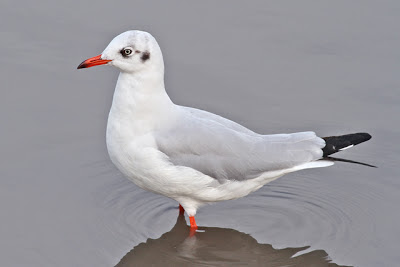 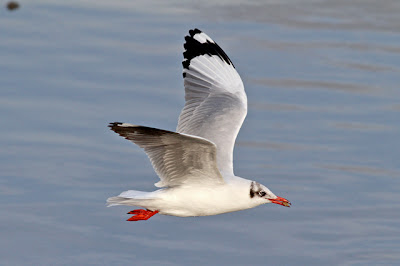 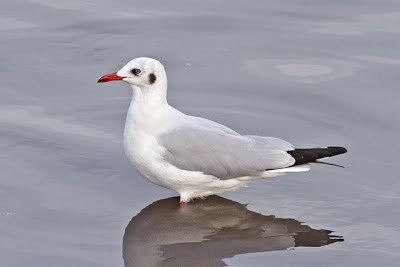 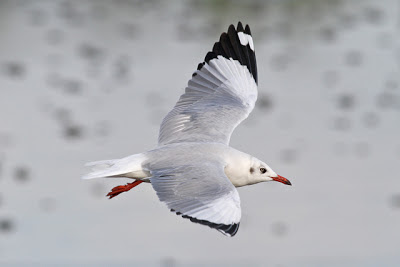 Inbetweeners
These birds are presumably second-winter birds, and from the knowledge I've gained ringing Black-headed Gulls, usual sub-adult plumage traits such as dark-centred primary coverts also apply to Brown-headed Gull. Here are a some examples.
First-winters
If you had a lone small (presumably female) bird that just wouldn't flap its wings, then you'd want to see more. You'll see that there is proper structural difference between individuals - some almost Med Gull bill girth, with others much more slight like Black-headed Gull. In fact the smallest Brown-headed Gull is just a couple of cm larger than the largest Black-headed Gull, so although some heavy-billed large Brown-headed Gulls are so different, if you're unlucky then you could have slight issues - though not too sure whether the WP record really stands up to modern day larid scrutiny. In flight, however, they're quite obvious with solid dark inner as well as outer webs to the outer primaries and the white primary bases creating that wing flash seen in adults. 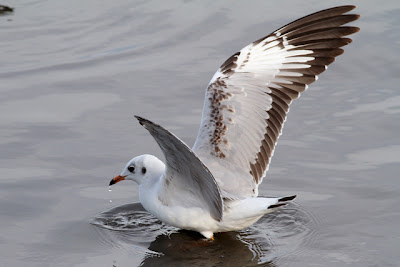 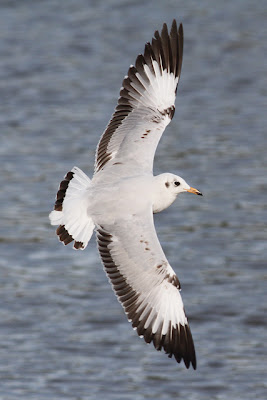 And just for good measure, here is a first-winter Black-headed Gull that was in amongst the Brown-headed Gulls - its small size was evident (to an extent it was like picking out a Bonaparte's Gull from Black-headed Gulls here in the UK - more buoyant flight) as well as the obvious pale centres to the outer primaries.
﻿
Posted by RB at 23:53