Gulls in the hood today

Another day of London gulling - this time in the fog and good to be out with Jamie and Dante again. From the grotty Silvertown area of east London to Burgess Park that fronts the notorious North Peckham estates, I had a great time with the larids!
First off was Lyle Park, where the regular 1st-winter Caspian Gull 'Lyle' was hanging out early on; there was also an adult Yellow-legged Gull while a re-visit later on produced another first-winter Caspian Gull, this time a more marginal bird with a relatively stubby bill and in flight a fairly decent sized tail band (not inconceivable that there is some Herring genes in its lineage).

Thames Barrier Park didn't really have many large gulls today, but there was an adult Mediterranean Gull (metal ringed) and an oddball, aberrant Black-headed Gull with largely white primaries - saw this bird at the O2 today too, which shows the way birds commute between the sites. 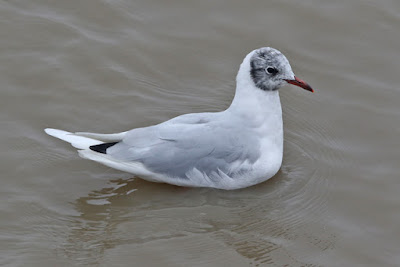 We visited the mud at the end of the O2 in North Greenwich too - typically a fair number of gulls but being more upriver than the other two sites, it seems to not get as many Casps and today was no exception! Highlight was seeing the regular NTGG ringed Herring Gull V9FT and a 1st-winter (presumably its offspring?) still begging for food!
Once the mud had all gone and the Thames gulls had departed, I headed south and gave Burgess Park a punt. I only had a look for the Mediterranean Gull a couple of times last winter (without success), and had already failed once this winter too, so I was pretty happy to find it back - thought it was probably dead! So as I first found it as a second-winter in November 2008, it is now a grand 10 years old... 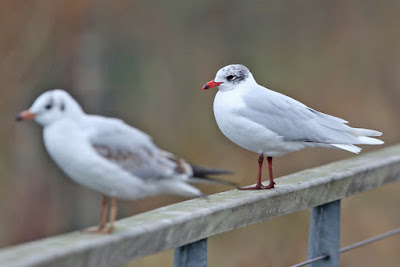 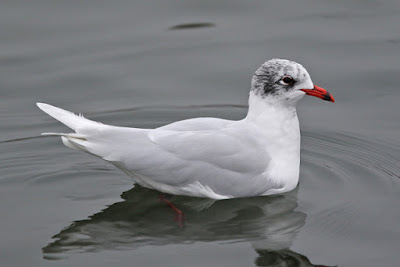 I headed out of the smoke early this morning with Jamie P and Steve A, with a mission to see the Dusky Thrush in Derbyshire. It is a species I saw lots of in Japan last winter, as well as single birds in Belgium and Kent previously. Despite this though, the notion of a pretty much gimme Dusky Thrush within three hours of London was too much to resist. So off we headed north, arriving at the 'park and ride' at Chatsworth House just outside the village of Beeley.

Beeley is a pretty lovely village, and its narrow streets weren't exactly ideal for the anorak clad masses, including an ever increasing bunch of geriatrics, to park. So the kind locals sorted out a much better alternative and laid on a complimentary bus service courtesy of the wonderfully hospitable Dukes Barn. And it was within the grounds of this place that we all stood to overlook a small apple orchard - which thankfully didn't have any bookings for kids the week just gone and therefore access was possible. What's more, while the crowd waited, every twenty minutes or so there was an offering of bacon and sausage sandwiches - very nice and British!

Anyway, the first-winter female Dusky Thrush was showing on arrival as it was tucked up in a tangle of branches. It was fairly elusive, and ended up showing itself fairly well on three occasions during the morning - either on the ground pecking for earthworms or on one occasion landing nicely on a tree at fairly close range: -
Certainly brighter than the Kent bird, but then again it would be if you compare December vs May. Although if this individual decided to head south and winter in Spain or Morocco, I doubt there'd be too much in it come May next year. But anyway, a really nice bird and good to see a few people; crowd behaviour was good although I think a fair number of the crowd probably needed to get hearing aids as the noise level was absurd at times. And extra value was provided by some chump taking some shots of a Redwing early on and asking 'is that it?', followed two minutes later when he declared a flyover Kestrel as a Sparrowhawk because it has 'rounded wings'. Not really sure what he got out of the whole experience but anyway, here are a couple more shots of this mega Asian thrush... 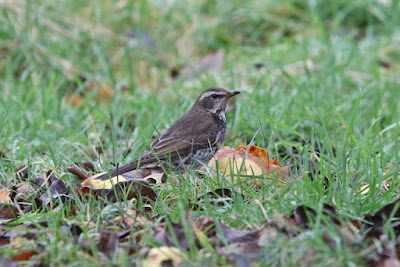 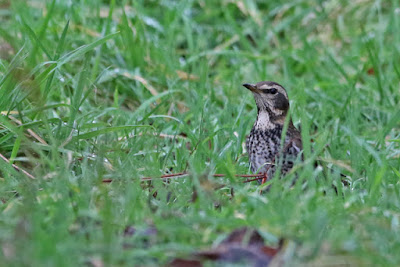 Caspian Gulls and gulling in London

Things have changed a bit on the gulling front this winter. It seems as though Pitsea is on its way out, and with just a handful of trucks going up there on Saturday mornings, I haven't been there for a couple of months. Similarly, Rainham is not what it used to be but that has been happening for a few years now. The government's push for more incineration of waste has meant our gulls don't have those dumps to scavenge on.

On a much more positive note, and perhaps slightly related to the above, there do seem to be a lot more gulls around within 'zones 1 to 3' (tube map wise). The O2, which is a spot I've been doing regularly for a few years now, combined with a couple of sites slightly further east on the north side of the river - Lyle Park and Thames Barrier Park - have been decent recently. But add to that, and what is really great, is that there are two other (younger!) gullers who are doing some damage - namely Jamie Partridge and Dante Shepherd. It genuinely is nice not be be ploughing a lone furrow. In fact, it seems like there have now been nine Caspian Gulls in this area since September...

Anyway last Sunday and today, this beautiful and crisp 1st-winter Caspian Gull was favouring the foreshore at Thames Barrier Park (and earlier at Lyle Park) - enjoying a bit of bread at times too. You get some Caspian Gulls that are just fine to see, while others are quite memorable like this gorgeous thing. Really bright light last weekend in contrast today where it never actually got light! 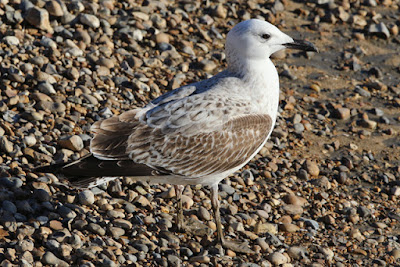 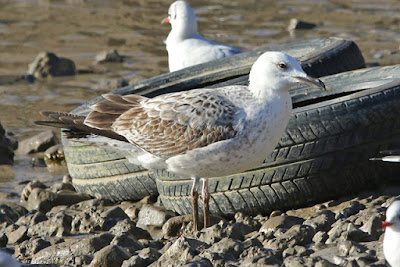 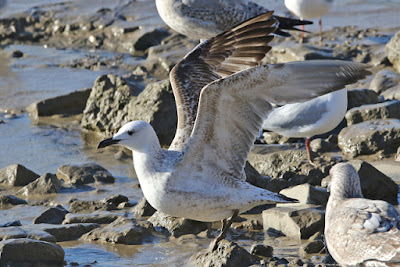 A visit to Lyle Park this afternoon produced another 1st-winter Caspian Gull, significantly more advanced in moult on the coverts compared to the bird above: -
There were also three Yellow-legged Gulls today, an adult and two first-winters. And a few North Thames Gull Group rings - first-winter Herrings that had been ringed at Pitsea in November.
Posted by RB at 21:00 No comments:

I've always been one for going and having a look at things, tick or no tick. And when a Masked Wagtail turned up in Pembrokeshire midweek last week - the first for Britain no less - it all sounded like a plan for the weekend. Instead of being in Central Asia, this individual looks like it has chosen the village of Camrose (just north of Haverfordwest) to spend the winter... 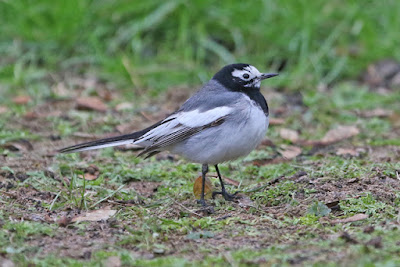 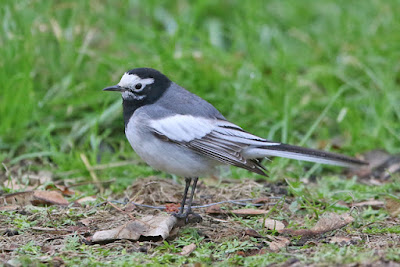 It was certainly a showy thing, frequenting the road and adjacent gardens/rooftops in typical Pied Wagtail-style. Well worth the 2am start and a team of 5 up - cheers to John, Josh, Jerry and Graeme for the company. As well as the obvious black facial mask, check out the extensive white in those wings!
Another quality bird to add to the autumn of 2016 - interesting to speculate where it made first landfall, having presumably filtered through the country since arriving in that October mega eastern invasion along with all those Siberian Accentors.
Posted by RB at 21:41 No comments: