Today feels like the first weekend day that can truly be called winter. I didn't bother to post last Sunday, as I didn't actually see much despite standing in a rather pleasant area of Tunbridge Wells without a Blackpoll Warbler showing itself.

It's been a long old autumn, and I've had a bit of a long week at work so this weekend couldn't come soon enough. I'd been contemplating the Veery on Muck as it looked so good and worthy of a trip, but that was not to be - the bird had flown, or waves from the storm that passed through Thursday night may have swallowed it up! Some good footage on Silas' blog of the storm as it hit the Faeroe Islands here; its produced a couple of 1cy Laughing Gulls in Iceland so far.

So it was rather more locally that I started - the adult Mediterranean Gull was still showing nicely on the lake at Burgess Park this afternoon; texted RBA with the news as I usually do, but the slacker the other end either couldn't be arsed to whack it out or didn't deem it newsworthy enough (though they'd been putting it out the previous two weekends). That was one text and 30 seconds of my life I'll never get back. 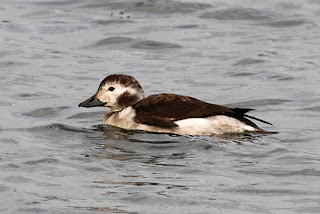 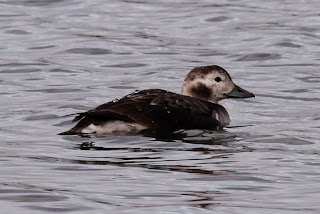 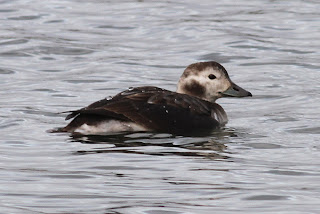 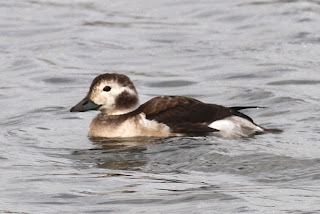 Anyway, I dropped Karen off to do a bit of shopping in Bromley while I headed 5 minutes out of town to have a look at a lovely Long-tailed Duck on a small fishing pond in some pleasant horse paddocks amongst the urban sprawl. The bird showed rather well in glummish conditions, allowing a few shots as it preened/dived in equal amounts. There was also a drake Wigeon, looking pretty out of place amongst the local assorted geese. Nothing too exciting, but really nice and relaxed, rounded off with a warming chai tea latte in the Bromley Starbucks.
Posted by RB at 18:49