Back on the tip and 'that' gull

This time last week I was still in the sunshine of southern California. In contrast today, it was grey and dismal on the tip in Essex. And it took almost three hours to get up there! While I'd been away, Steve had again been unlucky on the tyre front again - it must be half a dozen we've shredded this winter. After going into a local fitting shop and getting our new off-road tyres on the rims, we had to jack the Land Rover up and change things ourselves.

But it was all worth it, just to get a few rings and find that the juvenile Glaucous Gull was still about, albeit briefly. Highlight (it was to me anyhow) was seeing in the flesh what seems to be the same bird that has recently been troubling a few birders with its identity both at Rainham and in Surrey at Beddington and the reservoir roosts - opinion divided between Iceland and Glaucous Gulls. I had a couple of email conversations with people about this bird while I was in California, and remained (untypically) rather non-committal. However, I benefited from seeing it up relatively close and immediately it felt all 'wrong' for both species; size wise it was very similar structurally to a Herring Gull and with a relatively long primary projection it wasn't your average Glaucous Gull. Its tepid bill with dark subterminal band, and pale eye, too didn't feel to fit completely either. I'd go for it being either a leucistic Herring Gull or potentially with some Glaucous genes mixed through. 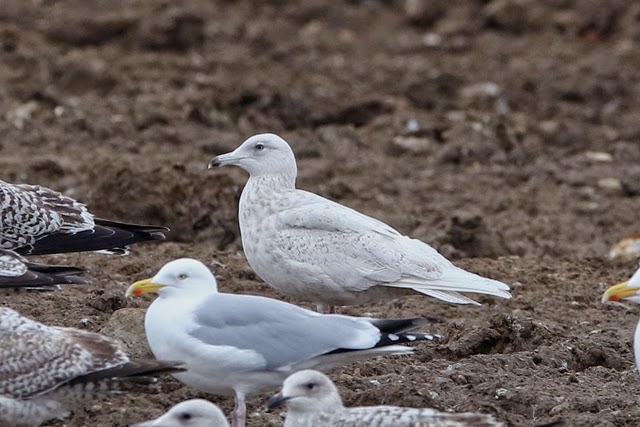 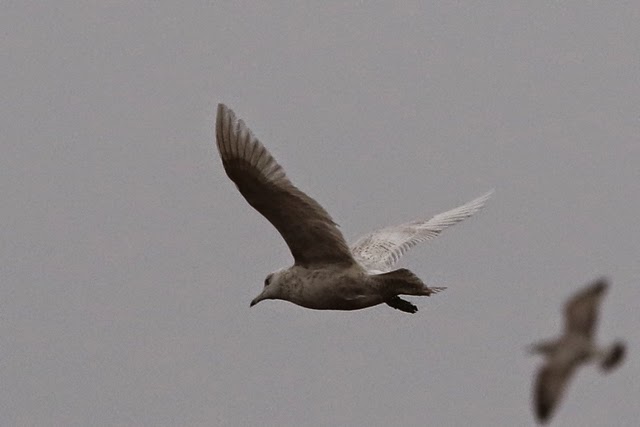 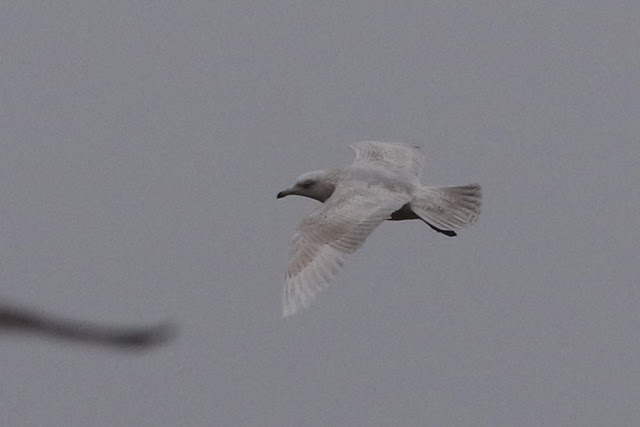 And just to add to the headache, in amongst the half dozen or so frisky Mediterranean Gulls seen today, was this hybrid bird (complete with a Polish ring): - 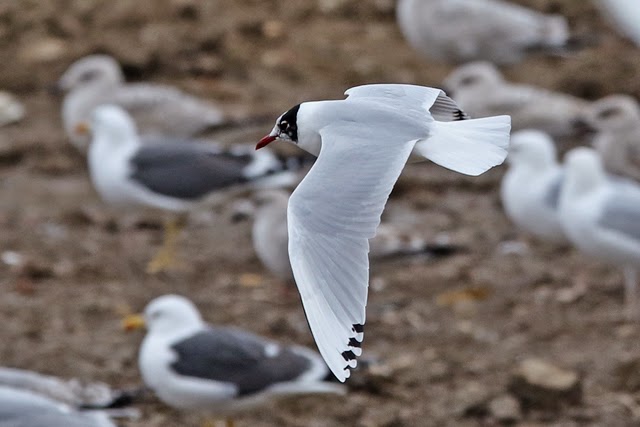 There were also a couple of Yellow-legged Gulls (first and second-winters) but disappointingly drew a blank on Caspian Gulls today.